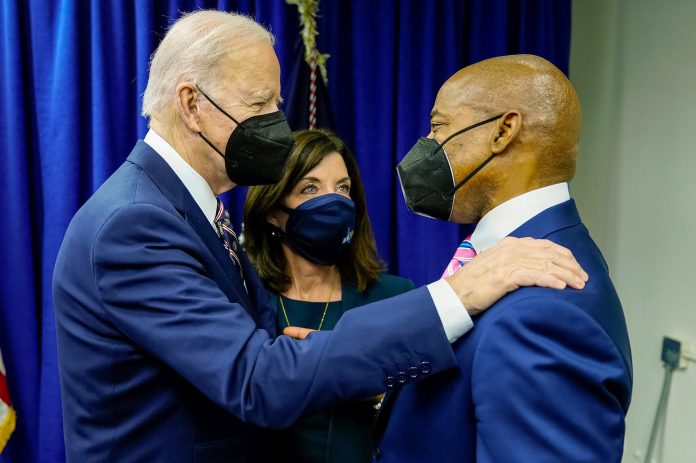 In a recent speech, February 3, 2022, President Biden delivered some comments on gun violence prevention. In those remarks he stated “pass universal background checks, ban assault weapons and high-capacity magazines, close loopholes, and keep out of the hands of domestic abusers — weapons, repeal the liability shield for gun manufacturers.” Are all of these actions actually necessary?

Concerning universal background checks, when asked “Do you believe that every gun purchaser should be required to pass a background check conducted by the state and/or FBI?” the answer is typically yes. With a question simply asked like that, who could say no, that isn’t a criminal, right? The conflict comes into play when the curtains come up, revealing all of the moving parts behind the scenes that are being requested or required in order to make this dream come true.

In order to make universal background checks official, a national database of every single firearm that is in circulation be documented with the current owner and then every single owner moving forward would be required. The reason that is an issue, is simply because the average American does not want the government to have the ability to knock on their door and strip them of their personal defense. This event may seem unlikely but is plausible when it comes to the long term. If firearms are slowly eradicated and the violent gun crimes do not stop, the final resort would be to collect all of the firearms because the previous laws were not enough.

Personal defense is vital when it comes to ordinary criminals but it is also important when it comes to the power of the government. In the event that our government happened to become corrupt and wanted to strip the citizens of their defense, having a universal background check would provide the government with the necessary intel to do just that.

Laws pertaining to guns have been in place for a very long time, but so have laws pertaining to actions regarding theft and drug use. Many people are confused as to why laws pertaining to things such as theft, drug use, assault, etc. are becoming laxer these days but gun laws seem to be a very hot topic. Why are we not more focused on the amount of drugs that are being smuggled, produced, and distributed within the country? Why are individuals who steal thousands of dollars worth of product put in jail and then released without prosecution? Why are the individuals using and selling drugs not being focused? Why are the neighborhoods with the highest crime rates seeing their leaders discussing a defund in the police departments that are supposed to prevent these crimes?

If we are going to tighten the grip of laws, it should be on all laws that are in place. Studies show that most violent crimes committed with a firearm are committed by someone with a previous criminal history, such as drug use or theft.

Is the government attempting to focus too much on a single issue when they should be addressing several other issues that could be directly impacting the topic at hand?

Stay tuned for more regarding the statement from President Biden “repeal the liability shield for gun manufacturers.”